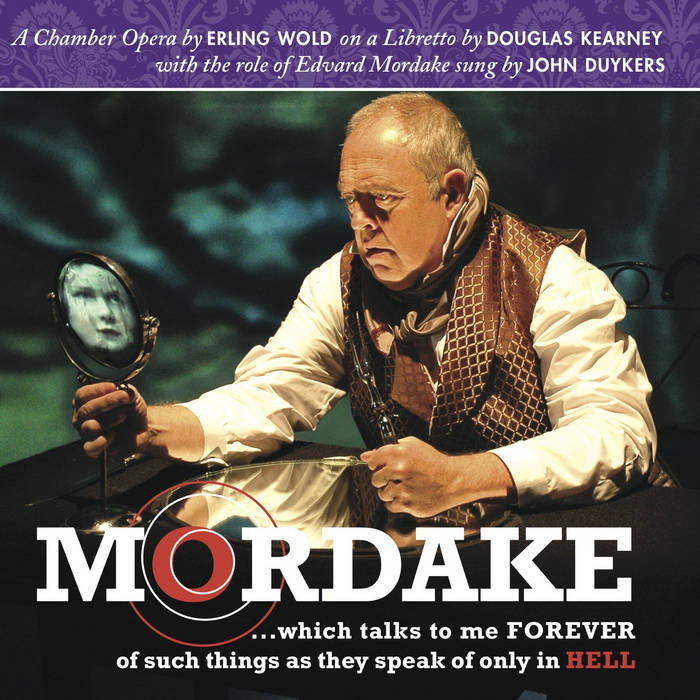 The opera tells the story of young Edvard Mordake, a man of high birth, secreted away in his apartments due to his disfigurement: a woman’s face on the back of his head, whose constant imprecations, heard by him alone, lead him on a terrifying course of action, one that may result in his own destruction. The librettist of the opera is the remarkable Douglas Kearney, a teacher of African American poetry, opera and myth at CalArts, well known for his recent performance work with Anne LeBaron. This recording follows Wold’s earlier release on MinMax, the critically acclaimed opera A Little Girl Dreams of Taking the Veil.

“Mordake packs a multi-sensory punch inside a tightly knit production... If the story of Mordake is a tragic, eerie and at times wickedly funny rumination on the split in the human ego – the violent psychic struggle to reconcile the different parts of our own porous personality – we appreciate its universal tensions because it wraps us so completely in its subject’s deeply fraught isolation,” writes SF360. The San Francisco Chronicle rhapsodizes that “[Duykers] storms, he blusters, he bewails his fate – and, when necessary, he taps into reserves of sweetly tuned lyricism... a dynamic, affecting performance.”

Wold, an eclectic composer whose teachers include Gerard Grisey, Andrew Imbrie and John Chowning, has been hailed as “the Eric Satie of Berkeley surrealist/minimalist electro-art rock” by the Village Voice. His opera Queer, on the book by William Burroughs, will be in San Francisco and New York as part of the 25th anniversary of the publication of the book. His Missa Beati Notkeri Balbuli Sancti Galli Monachi was commissioned and premiered by the Abbey of St. Gallen, Switzerland. He has collaborated with electronic and noise musicians, filmmakers (Jon Jost) and dance companies, including interactive audio and video projects with Palindrome Dance, Nürnberg.

Bandcamp Daily  your guide to the world of Bandcamp

New sounds from Mavi, Ivy Sole & Moderator, plus AJ, the One joins the show, for her latest release